In case you missed it, a couple of weeks ago 5 paintings with a market value of more than $100 million were stolen from the Paris Museum of Modern Art.

At first this sounded like one of those movies where the thief is using high tech equipment to elude motion detectors and security lasers.  But, as we learn more about the theft, it was not so cunning. Milton Esterow of ARTnews reveals that this crime was ripe for the picking.

According to the French police, a series of security blunders allowed a lone hooded man to remove a reinforced window and slip into the museum. The alarm system had been broken for three months and the closed-circuit television monitored by guards covered only the roof.

The alarm “was going off all the time, causing unnecessary alerts,” one security guard told a reporter. “That’s the reason management chose to switch it off.” An official who is deputy to the mayor of Paris was quoted as saying, “There are three [security] people in the museum at all times but those three people saw nothing.” The police said the paintings were cut out of the frames.

It is sad that such security is needed on beautiful art.  You can read more of the story on ARTnews.com. 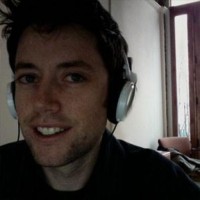